History of the Abbey 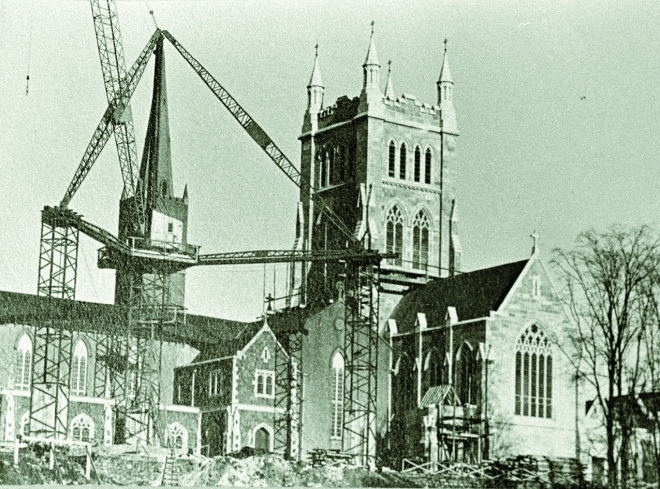 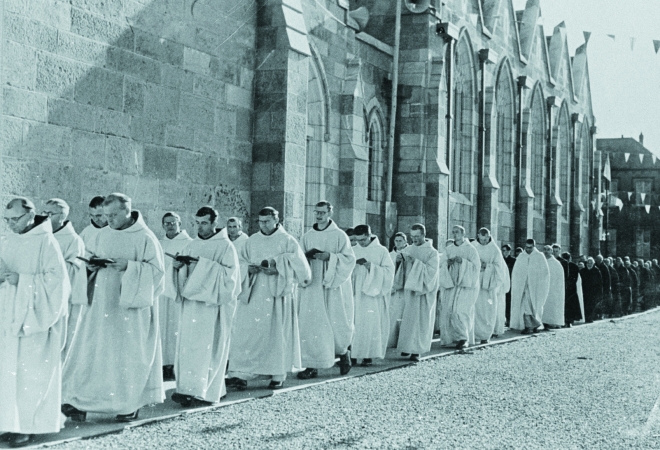 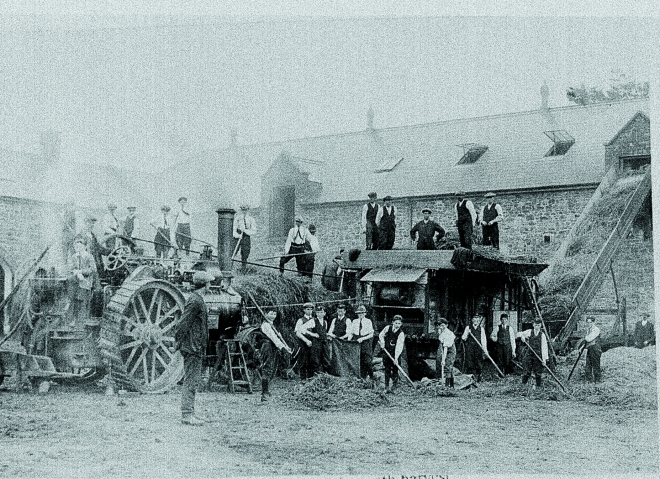 1832: The monastery was founded on 30 May 1832 at Scrahan, Cappoquin, by a colony of Irish and English monks, expelled from the abbey of Melleray after the French Revolution of 1830, and who had come to Ireland under the leadership of Fr. Vincent de Paul Ryan. It was called Mount Melleray in memory of the motherhouse. On the feast of St. Bernard, 1833, the foundation stone of the new monastery was blessed by the Most Rev. Wm. Abraham, bishop of Waterford and Lismore.

1835: Mount St. Bernard's Abbey, established in England in 1835 by monks, partly from France and partly from Ireland, has always been regarded as the senior daughter-house of Mount Melleray.

1835: 17 May: Dom Vincent Ryan was blessed abbot of Mount Melleray, recently raised to the dignity of an abbey by a decree of the Congregation of Propaganda. During its earlier years, our monastery was directly subject to the bishop of the diocese.

1848: It came under the jurisdiction of the general chapter.

1849: Towards the end of 1849 was founded the monastery of New Melleray, near Dubuque, Iowa, U.S.A. Two of the priests who went to that foundation, namely Fr. James O'Gorman and Fr. Clement Smythe later became bishops in America.

1862: An attempt to re-establish the Cistercian nuns in Ireland, at Skibbereen, Co. Cork, was not successful.

1888: An estate of 800 acres was bequeathed to the community, in the diocese of Goulborn, Australia, but was afterwards relinquished through dearth of candidates.

1900: An offer of a 1,000 acre estate in the diocese of Perth, Australia, was rejected for the same reason.

1932: In March, the community of Cistercian nuns of Stapehill, England, took possession of St. Mary's Convent, Lismore, Ireland, purchased and prepared for them by the monks of Mt. Melleray.

1932: Under the presidency of Joseph Cardinal McRory, our monastery celebrated its centenary in August 1933, on which occasion His Eminence laid the foundation stone of the new abbey church. Preparations for building were started immediately, but the actual work did not start until January 1935.

1940: The church was completed and solemnly blessed on 26 November of that year. Later, a high altar and some 20 lesser altars - all in marble, gifts of benefactors - were installed, and a magnificent stained-glass window - also a present - erected behind the high altar. A spacious sacristy and a chapter room, suited for the needs of a large community, were added.

1944: A small farm of excellent land near Cappoquin was donated to the community.

1946: His Excellency Mr. Séan T.O'Kelly, president of Ireland, and Mrs. O'Kelly paid a state visit to Mount Melleray in June.

1946: A daily plenary indulgence - to be gained by the recitation of certain prayers before the great crucifix in our new abbey church - was granted in 1946 by an indult of the Sacred Penitentiary.

1952: 20 August: The new church is consecrated by the bishop of Waterford.  On 21 August a pontifical Mass is celebrated by the Apostolic Nuncio to Ireland in the presence of the president of the Irish Republic, many bishops and guests, the abbot general, many other abbots and a considerable crowd of the faithful

2008: Dom Eamon Fitzgerald, abbot of Mt Melleray, is chosen as the first Irish Abbot General of the Order.