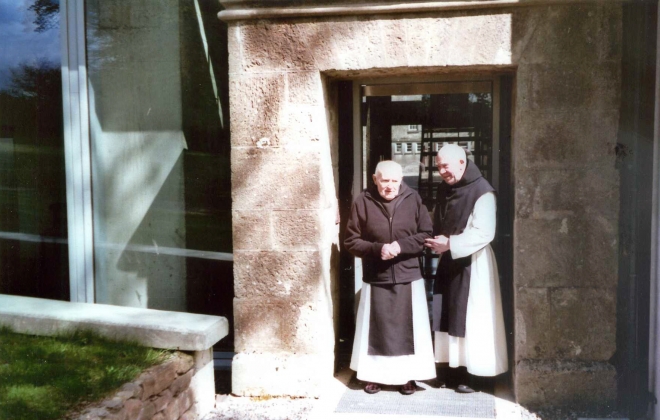 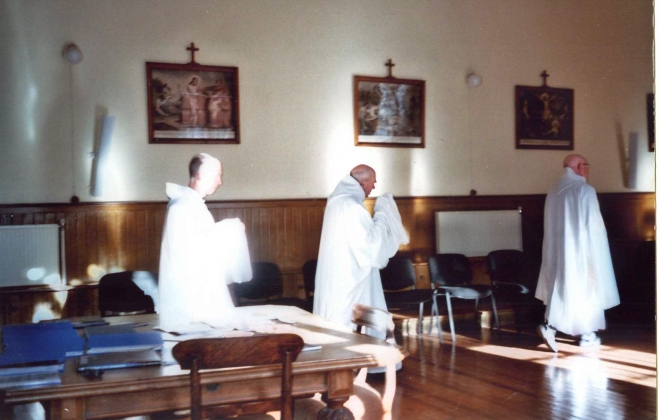 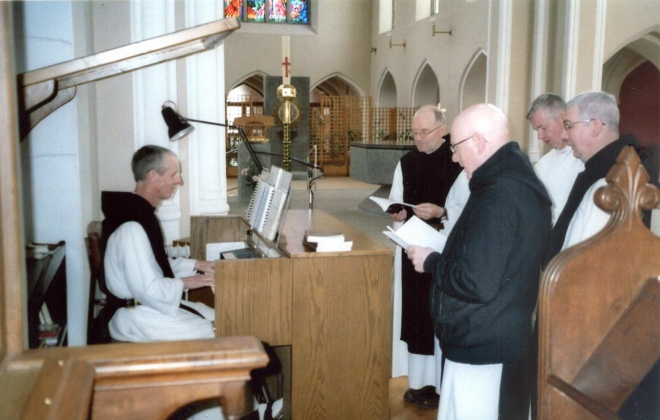 A monk is called to a particular community. It is a challenging life whose goal is transformation into Christ.  One who serves others, has a genuine concern for their good, and is able to live simply with them will find contentment in community.

" This then, is the good zeal which monks must foster with fervent love. They should each try to be the first to show respect to the other, supporting with the greatest patience one another's weaknesses of body or behaviour, and earnestly competing in obedience to one another. No one is to pursue what he judges better for himself, but instead, what he judges better for someone else. To their fellow monks they show the pure love of brothers; to God, loving fear; to their Abbot, unfeigned and humble love. Let them prefer nothing whatever to Christ, and may he bring us all together to everlasting life."

The early appeal of the monastic way of life.

The Gospel message had a tremendous appeal for those who in the early Christian centuries went out into the deserts of Syria and Egypt to become the first monks.  There they sought total openness to the Spirit of the Risen Christ by a life centered upon meditation on his word, on prayer and on the struggle for purity of heart.  Though they differed from one another in life-style, they all had one thing in common: an earnest love of Christ.

Drawing on the tradition of the desert and upon his own experience, St. Benedict, about the year 540, fashioned a way of life ordered towards helping the monk in his search for God.  Depth of insight and discretion have given a practicality to his Rule that accounts for its spread throughout Europe and beyond in the centuries that followed.  In 1098 a small group of Benedictine monks founded a new monastery in  central France called Citeaux (Cistercium in latin).