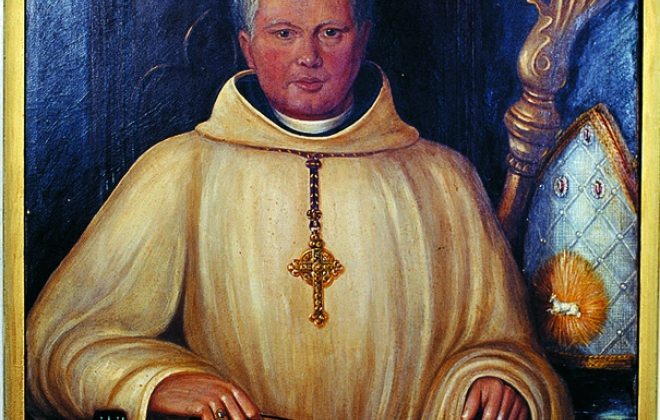 The founders of Citeaux centered their ideals on the desire for authentic monastic simplicity and evangelical poverty. They believed that their inspiration for this renewal could be found in a more literal interpretation of St. Benedict's Rule for Monasteries. On 21 March 1098, Robert, the abbot of the Benedictine abbey of Molesme (France) set out with 21 of his monks to the wilderness of Citeaux to begin the new reformed monastery. In 1100, after Robert returned to Molesme, St. Alberic led the community as abbot. The Cistercian martyrology adds that, "he had a filial devotion to our Lady from whom he received the while cowl."

St. Stephen Harding, an Englishman who succeeded Alberic as abbot, was the principal architect of the Carta caritatis, a kind of Constitution which bound all the monasteries of the Order to a common observance of rules and customs. This constitution provided for a system of visitation by an overseeing abbot who would ensure the fidelity of each monastery to the spirit and principles of Citeaux, at the same time respecting the autonomy of each house. Furthermore, the abbots of each monastery were required to come to Citeaux annually for a general chapter.

It was St. Stephen Harding who in 1112 received Bernard of Fontaines-les-Dijon and thirty of his relatives as monks of Citeaux. In 1115 the exceptionally charismatic and talented young Bernard was sent to begin a new Cistercian foundation, Clairvaux, in Burgundy. Hereafter he would be known throughout the Christian world as Bernard of Clairvaux. Spearheaded by St. Bernard the Cistercian movement began to spread quickly throughout Europe to include over 500 monasteries by the end of the 13th century.

St Bernard was one of the most commanding leaders of the first half of the 12th century as well as one of the greatest spiritual masters of all times. He was sought after as an advisor and mediator by the ruling powers of his age. More than any other he helped to bring about the healing of the papal schism which arose in 1130 with the election of the antipope Anacletus II. His influence mounted when his spiritual son, the Cistercian monk Bernardo, abbot of Tre Fontane, was elected was elected pope (Eugene III) in 1145.

During his 38 years as abbot Bernard personally saw to the establishment of 65 Cistercian monasteries. In spite of intense activity he found time to write extensively on spirituality and theological issues. His spiritual masterpiece, Sermons on the Song of Songs, was begun in 1136 and was still in composition at the time of his death at Clairvaux on 20 August 1153.

The first Cistercian monastery for women was established at Tart in the diocese of Langres (now Dijon) in 1125, by nuns from the abbey of Jully, a dependence of Molesme, where St. Humbeline, sister of St. Bernard, lived and died. St Stephen Harding established Tart as Citeaux's own daughter house and entrusted it to the pastoral care of the abbot of Citeaux. From then on individual monasteries of women as well as whole federations of nuns sought to ally themselves with the Cistercian monks first in France and then in Spain, where the royal monastery of Las Huelgas was founded in 1180.

From the very beginning Cistercian spirituality proved its fruitfulness in the witness of the saints and spiritual masters that emerged in our monasteries. The four "Evangelists" (spiritual theologians) of Citeaux are considered to be: Bernard of Clairvaux, William of St. Thierry (†1148), Aelred of Rievaulx (†1167), and Guerric of Igny (†1157). Their affective spirituality emphasizing the sacred humanity of Christ was also marked by a distinctive Marian orientation. These themes were further developed in the thirteenth century by the nuns of the Cistercian monastery of Helfta, which was known as "the crown of German convents." Outstanding among these women were St. Gertrude the Great, St. Mechtild of Magdeburg and St Mechtild of Hackeborn.